It's now just over two weeks since the 60th Chevy chase fell race. Legs are just about back to normal and the result has just about sunk in.


This was my 5th Chevy, although it should have been the 6th having had to miss last year due to my bad back and the lack of training leading up to it.  This year I was determined to give it a good go. From past experience of this race I have tried several strategies.  In 2013 I started steady and finished strong in 3rd place. In 2014 I started too quick and ran out of fuel in the last few miles but finished second. I planned my tactics with the aim of trying to keep with the leaders up to the Hedgehope descent and then push on if I felt good.


The weather was much better than anticipated although there was a headwind on the way out.  The first few miles were awful. I felt really heavy and quite lethargic. I was in a leading group of 3 or 4 up to the Cheviot summit. Coming off cheviot I took my time to try and save the legs. This allowed other runners to catch up and track me. I assumed the two on my shoulder hadn't run the route before as they followed my every move down to the burn then up to the Hedgehope summit.

Skirting Housey Crags I began to open a little bit of a gap and I was feeling quite comfortable having eaten and made sure I was taking on water at regular intervals.  From this point on I didn't look behind me.  Not once.  This was difficult as there's nothing worse than being hunted down.

I passed through Brands Corner then Carey Burn and Hell's path.  I hadn't been caught up to this point so I began to think I was in with a good chance.  I put the hammer down, knowing that when the road section was reached that I had the pace to challenge if needed.  I turned the corner into the Wooler Youth Hostel and was greeted with cheers, it was all rather exciting that i'd actually done it. I had won the Chevy chase!!  I was overjoyed.

As always, thank to all the organisers, volunteers and supporters.  Best in Northumberland! 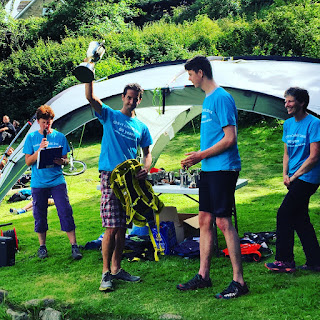 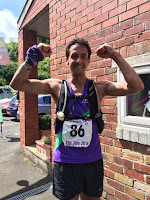 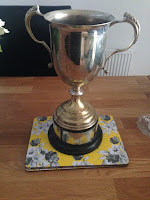