After the doctors' diagnosis of a fracture I decided to see a private specialist for a thorough investigation incorporating an ultrasound scan. The scan proved beyond doubt that the tendon over the talus was significantly inflamed, no fracture! A relief but still time off.

Electro therapy and laser treatment later, and a bill (not too bad actually) I was advised that I could run, little but often. This was 4 days ago, I had my first run today. An easy 5 miles. Hard work seeing as I hadn't run for well over a week but pleased I came through quite optimistic!

Chevy chase on Saturday followed by borrowdale at the beginning of august then Ben Nevis at beginning of september. If I go to Chevy, it'll be a jog!

Biked to work 3 times this week, around 100 miles. Thoroughly enjoying the bike. Wish i'd taken it up a long time ago. Certainly helping! Noticed it was the cyclone today, could be a goer next year.

Off to a team building assault course tomorrow, my fear of heights will be tested! No running or bike.

Next update may be about the Chevy done or the Chevy that could have been! 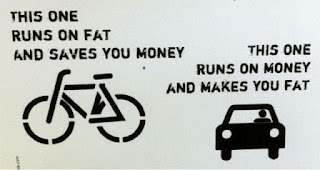