When I was asked to be part of the team to represent the NECAA at the Inter Counties fell championships, I went through my usual lack of self belief panic phase.   "Am I good enough?", "will I be out of my depth?", "there are far better runners in the North East who could do a better job!".  I asked for some time to think about the proposal, to allow it to sink in and to seek some advice from my running companions (plus the Mrs!).

It's not often one is given this kind of opportunity, I ain't getting any younger.  The advice was unanimous in that I should grab it with both hands and give it a right good go and not worry about where I came in the field but to enjoy the experience.

The Yorkshire Three peaks deflated me somewhat, following my bonking episode.  It even crossed my mind to contact the organiser of the inter counties team to pull out.  I was talked around by my coach at the club who told me to move on and focus on the next goal.  So I went for it.  I will give the three peaks another go and get under the magical 3hrs 30 time.  Maybe next year.

I was quite nervous on the journey down to Blackburn with my Dad, piling the pressure on myself again unnecessarily and lacking self confidence.  It's easy to say not to worry, but I've always looked at the negatives rather than the positives.  I tried to think of the good races I've had this year (and last).

I arrived at the Witton Country park.   It was hot and sunny with quite a few folk milling about.  There was even a fun fair.  I met the other members of the team, some of whom I knew from Northumberland Fell runners.  I was handed my vest which can only be described as a small small.  Nevertheless, it was a proud moment to get my hands on it, albeit for an hour or two.

There was plenty time before the race so I chilled out a little and watched the start of the ladies race.  It was at this point I noticed how few runners there were.  I was expecting a couple of hundred, but there mustn't have been more than 80.  Once the ladies were off, I had a joggle around the first part of the course to see what was awaiting.  The ground was firm and as dry as sticks. A cracking trail climbing up to the forest at the top.  It reminded me of Bothal woods near home, but with hills!  There were to be three laps.  I hate laps....

The start of the men's race was delayed following the collapse of one of the ladies at the finish area.  It looked like she was dehydrated.  Not a good start.  Fifteen minutes later and we were off.  I held back for the first mile and tried to settle in so I could make some progress.  By this time my mouth was as dry as sandpaper and would only get worse with the very still, hot air.  The shade of the trees did nothing to help.  Another seven miles to go with a couple of thousand feet to climb.

After the first lap I felt good and was racing with a guy from Northern Ireland.  I was catching him on the climbs, but he caught me on the descents.  It was a great duel until the finish.  I noticed a few runners dropping out, probably the heat.  I wish I had given my old man a bottle of water to hand me when I passed him, but too late.  I was gradually moving up the field, a far cry from the last descent at the three peaks!  This gave me a boost, also the support from the ladies NECAA team spectating.  I even managed a sprint finish, just pipped by the Irish chap mentioned earlier.  I found out afterwards that he is a 32 minute 10k and low 15 minute 5k athlete.  Wowza. 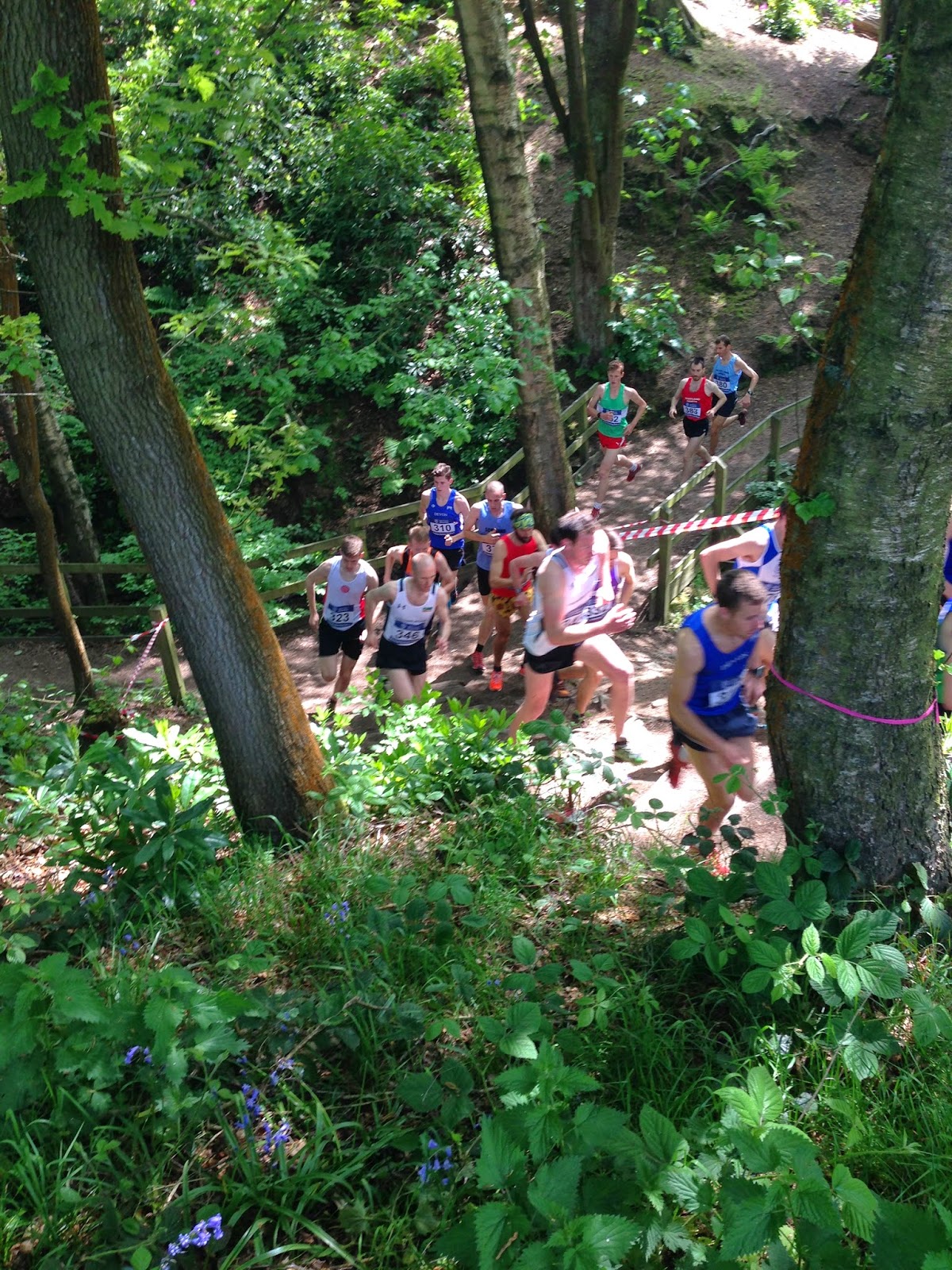 I finished first counter for the North East Counties.  a cracking day and one I won't forget.  Shame I couldn't keep the vest as a memento.  I am so pleased I took my chance.  You don't know if you don't try!

Thanks for the opportunity!